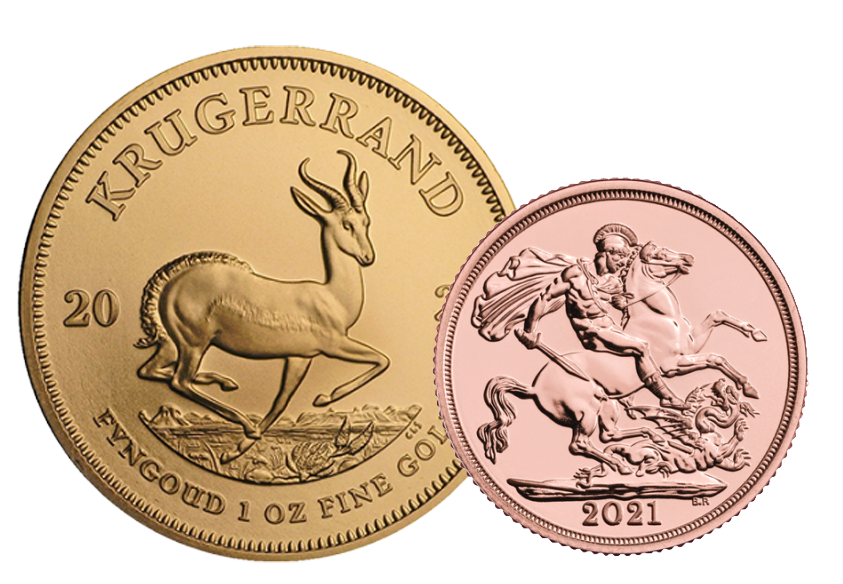 While you might expect funny looks if you try paying with gold coinage the next time you go shopping, demand for these types of items is considerable, and the argument for selling gold has never been stronger, especially considering current gold prices. But what are the most common types of gold coins to look out for?

Of all the gold coins which are likely to wind up in your home, Gold Sovereigns, or Britannias to a lesser extent, are close to the top of the list. This is especially true if they are Victorian era Sovereigns, owing to the fact that they were legal tender during this long period of British history, and they come in many different forms.

During Queen Victoria’s reign, Gold Sovereigns were minted in various forms: the Young Head portrait until 1887, the Jubilee Head from 1887 onwards and the Veiled or Old Head from 1893 until 1901. The three portraits depict a Queen in three stages of life and are of great historical value for gold coin enthusiasts as they offer a tangible record of this golden age for coins.

Prices for Gold Sovereigns are in the region of £300 as a Full Sovereign typically weighs 7.98 grams. By contrast, a Gold Britannia, depicting the British emblem of Britannia with shield and trident in hand can fetch in excess of £1,200, coming in at one troy ounce. Using Scrap Gold UK’s Gold Scrap Calculator should give you a rough idea of what your coin could be worth. All you have to know is the coin’s purity and its weight to give you a free and quick valuation at home.

Other gold coins to watch out for

Gold Sovereigns and Britannias are quintessential British gold coins which can often be passed down through the family in the form of heirlooms, but they aren’t the be-all and end-all of gold coinage. Since 1967, South Africa has been minting coins known as Krugerrands, which were originally minted as a viable way for individuals to privately own gold in an easy way.

Krugerrands are a more modern type of coin, and were hard to come by for many years, especially during the height of the apartheid era in South Africa, owing to a ban on imports from the country as a show of disapproval over its policies at the time. Following the relaxation of import controls, the Krugerrand went on to become the world’s most widely held gold bullion coin. If you do happen to find a Krugerrand in your possession it could fetch a hefty price.

As with many gold items, buyers are often looking for the smaller tenth of an ounce varieties, but should you find one weighing one troy ounce, based on current gold prices, you could expect to sell such a coin for over £1,200. Gold coins come in all shapes and sizes, with different stories to tell depending on when they were minted. As such, they are of great historical value, and many would be willing to pay a high price to buy one off you.

However, if you wish to speak to the experts on all things related to gold coins, give Scrap Gold UK a call on 01902 828 400 today, and see what your item is really worth.